So I went into this knowing nothing about the shape of the play. So when Caesar gets stabbed in Act I (surpriiiise!), I was all "Whoa. What happens now?" Especially since I saw Elizabeth Taylor in Cleopatra and in THAT, after the boring Rex Harrison-as-Caesar part is over, she has awesome sexytimes with Marc Antony. But she's not even in this play. Boo.

Instead, Antony's all "DAMN YOU BRUTUS" and tries to exact vengeance upon all the Caesar stabby dudes, but when they're all dead because Octavius shot most of them (it was updated to modern times), he's like "DAMNIT Octavius. Brutus was AWESOME. He was awesome and you're a dick." And I'm like "Omg Antony make up your mind, because you just spent all this time asking people to lend you their ears and assorted body parts to make them hate Brutus and now you want to make out with him but he's dead so your timing is terrible."

Chicago Shakespeare Theater did a kickass production of this play. It's modern. They had a banner for re-electing Caesar, with a website address (look at you!). It's not their fault Shakespeare basically gave up in Act II and was like "Fuck it, just -- just -- everyone dies." There were some pretty awesome sequences involving a set with an overturned car, and smoke and people running around avoiding gunfire, and soldiers RAPPELLING FROM THE CEILING, which was the coolest.

I like how Shakespeare does one of those Johnson/Boswell, Pale Fire-type things where it's like "This is about X character." But awwwwwwwww no it's not. Because Julius Caesar is alllll about Brutus. Caesar's barely IN it. Did you know that? I did not. And in Act I of this production, Brutus and Cassius were walkin' around wearing suits and looking super-fine while discussing how Rome cannot maintain its identity if Caesar is crowned, and I was all "Yeah! I side with you, fine-looking men!" Liberty, freedom and enfranchisement! (enfranchisement? that's kind of a wordfail, Shakespeare) 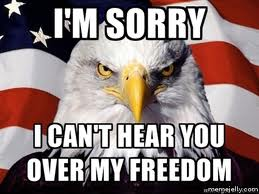 Act I is also the best because Brutus's wife Portia gets some badass speeches. EXAMPLE:

Is it excepted I should know no secretsThat appertain to you? Am I yourselfBut, as it were, in sort or limitation,To keep with you at meals, comfort your bed,And talk to you sometimes? Dwell I but in the suburbsOf your good pleasure? If it be no more,Portia is Brutus' harlot, not his wife.

DWELL I BUT IN THE SUBURBS OF YOUR GOOD PLEASURE. I think I hit Skye in excitement over that line. That is damn good writing, Shakespeare. (Shakespeare: "Hey, thanks." me: "No probs")

Anyway yeah, so Brutus and Portia were super-hot and awesome in their basically one scene together, and I was all "I will captain this ship" but then in Act II -- when they're at war with Antony -- Cassius and Brutus are talking, and Brutus totes caj-like says "Portia is dead." AND THEN THEY MOVE ON. Later, some messenger comes in and says Portia is dead, which is....weird, because they already...said that. But okay.

After Portia dies, it's even more about Cassius and Brutus, and...I get it, guys. I get it. 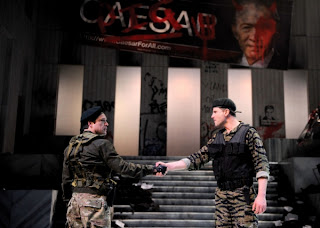 As with all Shakespeare, I phased out during some of the speeches, but as Skye said "As long as you come back for the end, you're ok." I was unexpectedly and highly entertained/moved/generally made to feel feelings during this play. So good job, Shakes. Too bad your revolution thing didn't work out, Roman guys, but instead resulted in this: 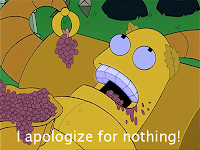