Strikemakers and Strikebreakers by Sidney Lens: Strikes! Strikes in America!

I was perusing floor 4 of the downtown main branch of the Chicago Public Library when I found Sidney Lens's Strikemakers and Strikebreakers.

What I found from even just the opening of this book is that, it turns out, unions came around about the same time as capitalism. Haha can you guess why? Oh, I can tell you – it's because capitalism encourages individuals to make as much money as they can for themselves and not give a shit about other people. #ohnoshedidnt #yesshedid #thingswomenintheir30ssay #alsointheir20s #amihashtaggingright

I've grown up suspicious of unions because they have been portrayed terribly in popular culture. But then of course you learn that unions are why workers have anything. Remember that whole thing about how those with power are not inclined to give it up? Yeah. So if you own a factory, and you're making a ton of money, and you know you can pay your employees less and make more money, you're probably going to do that. Unless another power stops you. AND THAT POWER IS THE UNION, MY FRIENDS.

Sidney Lens has written a lot about union history, and he comes from a union/labor activist background, so this book about the history of unions in America is very slanted towards workers. WELL YOU KNOW WHAT, GOOD. Because I feel like we've heard from the owners a very damn lot. Starting in the 1780s, Lens covers the beginnings of unions, how organizations like the AFL and CIO began (I know what they are now!) and where we are today. "Today" being 1985. Ronald Reagan, an actor, is president! All is doomed! (haha omg the parallels) 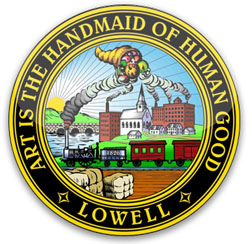 So he covers the Railway Strike of 1877, which is also called The Great Strike. Railway workers were given a 10% paycut in 1873, and in 1877, it was announced there'd be another 10% cut and they said "AW HELL NO" and train workers in Baltimore went on strike. Then the strike spread to Baltimore, St Louis, Chicago, New York, and Pittsburgh. So basically all metropolitan areas had either severely reduced train operation, OR strikers were legit setting train cars on fire.

The other side of this obvs is that they weren't exactly being treated like human beings with worth and dignity, and the government/train bosses sent in strikebreakers and state militias to deal with it and basically everyone thought anarchy was going to destroy America. A fair number of books have been written about 1877, so if you're interested in learning more about THE U.S. IN CHAOS (but a different chaos than now), you should check out 1877: America's Year of Living Violently or one of a bunch of other books.

There's also the Pullman Strike, when workers were protesting 12 hour days and low wages (your 8-hour work day is thanks to unions), and Grover Cleveland sent in federal troops. Did I mention people died in basically all these major strikes? Mostly shot by strikebreakers or militamen?

OBVS there is also the Uprising of the 20,000, which was a strike from 1909-1910 led by younger immigrant women in NYC that was successful.

There's not a lot out there about this pretty damn amazing strike (#thepatriarchy) but it was organized by the International Ladies' Garment Workers' Union (ILGWU) and if that sounds in the LEAST familiar to you, that's probably because one of the only factories that didn't give in to the strikers' demands was the Triangle Shirtwaist Factory, where a year after the strike ended, a fire broke out, and due to hazardous work conditions, 146 people died, many of whom had been immigrant women who participated in the strike. 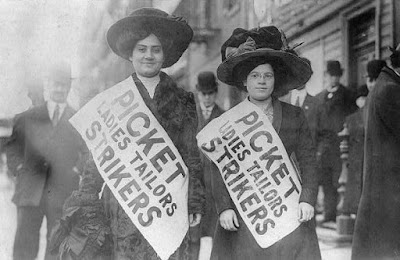 Eventually people thought of the idea of sit-ins, which was GREAT because they were at less risk of getting their heads bashed in by strikebreakers, as owners were less likely to push violence if it meant harming their machinery.

LABOR HISTORY. It tends not to be a part of the curriculum. So let's all learn up on it.