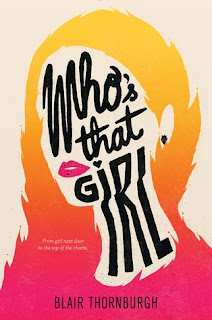 "Everything weird started the day my dad brought home the yurt" is how Who's That Girl, a YA music-filled novel, begins.

First, a thing: this book was written by my brilliant friend Blair Thornburgh, editor at Quirk, author of this viral post about medieval Christmas carols, and one of the only people who shares with me a deep love for singer/songwriter/owner-of-many-scarves Loreena McKennitt. This is mainly being noted because my normal jam is nonfiction about the 19th century, so this might seem a little out of scope.

NOW. I mean, it starts with a yurt. That's already +500 points. Who's That Girl is an excellent blend of nerdery, throwback feelings of being a teenager, and queerness. No, the main character isn't queer, but she's a member of her school's version of what back in the day was the GSA (Gay-Straight Alliance) and here is the extremely-long-and-therefore-accurately-acronymed OWPALGBTQIA.

The main character, Nattie (aka Natalie), has a crush on a recently graduated student named Sebastian Delacroix. Sebastian, in my mind, looks like Eliza Dushku's brother in Bring It On: 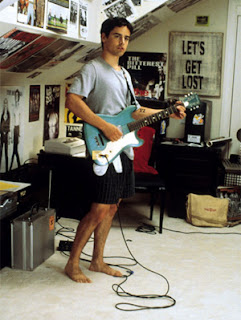 Sebastian and Nattie had a moment the year before after a party, and she's been social media stalking him ever since. He started a band called The Young Lungs, and they have a song that starts climbing up the charts. That song...is called 'Natalie.'

OKAY BUT DO YOU EVEN REMEMBER having a crush on someone in high school? Do you remember over-analyzing every single thing they said or did and how it might be them secretly trying to communicate with you? 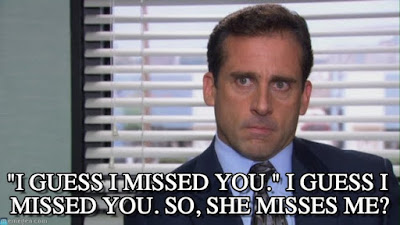 So now imagine they wrote a song and the title is your name. So Nattie's trying to negotiate that mess, and then the OWPALGBTQIA is trying to throw a school dance that allows their LGBTQIA students to come out in a grand way if they want, and maybe a coming out scene at the end made me cry, I don't know, you're not the judge of me.

There is also, of course, a quiet but strong young man in the OWPALGBTQIA who is maybe into Nattie, because this is a YA book, BUT I will say that their interactions are cute and real and he's not some perfect YA boy like in some books, Anna and the French Kiss I am looking at you. Also there is a lot of talk of Catullus, which is so great, more nerd things in books please.

Essentially, Who's That Girl lets you relive that time when nothing was more important than analyzing a text and makes the very good point that sometimes, maybe you just need to sit in a yurt.