Of Mysterious Circuses and Gay Teens

October 26, 2011
As I have commented to several people, I seem to have gotten more reading done after the Readathon than during it. Why this is, I do not know, although it's entirely possible that not being in the same house with my parents has something to do with it, as my father spent most of Readathon Day asking me about dinner and Christmas plans, and my mother spent it asking me if I wanted an electric blanket or, failing that, fleece sheets (answers: no and GOOD GOD YES).

Anyway, I finished more books. Which is good. Here are thoughts, as this is a book blog and should probably have fewer '80s music videos on it and more booky things:

The Night Circus
O, Night Circus cover! How very pretty you are! I mean, I dunno what to say. My essential thoughts are that it was good-but-not-great. I'm not upset I read it, like I was with the terrible Time Traveler's Wife, but I don't think it's something that MUST be read by all. I kind of think of it as the book version of Avatar, only not nearly as terrible and with no giant blue Native American people. Its purpose seems to be to have invented a place that makes you say "Hey, I super-want to go there!" And then have you suffer depression because it isn't real. If you're a total pansy. 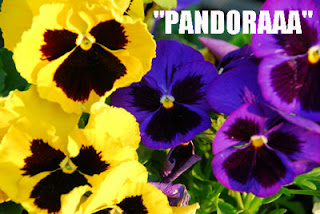 So yes, I would totally go to the Night Circus if it existed, even though with my 8-5 job, I have become a 70-year-old who thinks staying out until midnight is done by no one, because what a ridiculous hour that is. Erin Morgenstern's ideas are LITERALLY fantastic. I wasn't quite feeling the love story, but maybe I just suck. It's really readable, and you can get through it quickly. I THINK I recommend it, if only for ambiance.

Will Grayson, Will Grayson
You know how a while ago everyone was all "WILL GRAYSON, WILL GRAYSON" and they would have said it twice, but that would've just been too much? Yeah, I ignored that, and now I can confess how COMPLETELY WRONG I WAS. This was probably one of my favorite books of the year. I mean, okay, I've given 9/50 books five out of five stars on Goodreads, but that's still not THAT many. I will even go so far as to say this was better than Shit My Dad Says, and that's a damn fine book.

Okay, for those unaware of any WG/WG details, I will give them out, because you really should have this book in your life. The story alternates between two teenage guys named Will Grayson living in Illinois (repreSENT), and then their stories kinda...intersect. Which doesn't sound interesting but it is. There's a reason I don't often review books on here.

But for reals, even though one of the WGs can be seen as kiiiind of really annoying and emo and generally teenagery, I still sorta loved him. Even with his emo-ness, he had lines like this  summary of Law & Order:

lawyer: dude, the cord knocked this microscopic piece of skin off your hand while you were strangling her, and we ran it under the microscope and found out that you’re totally fucked.

It has truth and loveliness and hilarity. Read it.