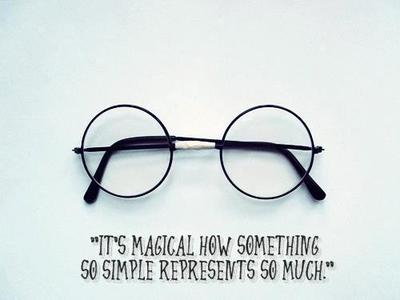 *weeps* Okay. We've begun. And it's already been magnificent.

The Dursleys are horrible (MY BELOVED PETUNIA WILL BE UNDERSTOOD LATER), Harry's a wizard, and Draco Malfoy has a weasel face. That's where we ended for this week. Also Quirrell has a mysterious turban and MOST OF US KNOW WHY.

So...there are ten students in each class in each House? So forty new students a year? Out of all of England? HOW SMALL IS THE WIZARDING POPULATION. I have to say, if we're doing any complaining at all, mine has to be that these books weren't NEARLY big enough (not even the super-giant ones, no), because I demand all the information ever. If J.K. doesn't write that encyclopedia, I will protest with glittery but strongly-worded signs.

Because are there other wizarding schools in England? Is Hogwarts IT? They seem to imply there are others, but they aren't named (unless they mention it elsewhere and I am just being lazy). Because if there were only 40 new students a year in England, that's just not a lot and soon they'd be interbreeding and — ohhh this explains some things. But whatever, they still basically said there were other schools.

Hermione is fantastic already, and they're all obnoxious brats. But that'll eventually change. Kind of. Pretty much everyone but Harry gets better, and for that I salute JKR. Also:


"Hermione Granger was on the edge of her seat and looked desperate to start proving that she wasn't a dunderhead."

How can you not be in love with this series? I'm still not precisely sure what it is about it that appeals to everyone and is so head and shoulders above all the rest, but I will make sure I am able to articulate it soon.

I feel like we should all at some point contribute something others might not know about from the Harry Potter internet realm. The HP wiki has an extensive entry for Prof. McGonagall which is SO AWESOME, and gives you tons of background info, courtesy of Pottermore. There're spoilers for the later books, so read at your discretion (but no, for reals, go read — she was at school with Prof. Sprout!). Oh, ALSO, Mrs. Norris is named after a character in Mansfield Park you want to punch.