I’ve never cared about Hawaii. Like…ever. They were the 50th state brought into the Union, that’s all I knew. And a Brady Bunch movie had been set there. And its people liked to surf. Oh! and Dog the Bounty Hunter lives there, which is awesome.

I was vaguely aware that we’d overthrown their queen, Liliuokalani, but I never really thought about it, or about what the people of Hawaii felt about that.

I was a bit uncertain as to how I felt about this book until the end. I’m generally a big fan of tangents, but Sarah Vowell seems to go off on so many that I was struggling with the chronology of events (I’m big on chronology). Somehow, though, in the last few pages, she pulls it together and I felt like it had been a truly worthwhile reading experience.

That’s the brief summary. Now for some specific thoughts.

The nice thing about really liking a certain author and being willing to read whatever she writes is that you can be exposed to things you wouldn’t have searched out on your own. So when I found out Sarah Vowell was writing a book on Hawaii I thought ‘Oh. Okay. I’ll read that, and I’m sure it’ll be at least kind of funny.’ Which it was, with lines like “Expecting capitalists to refrain from gobbling up the earth is like blaming Pac-Man for gulping down pac-dots.” 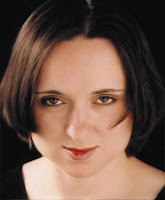 She covers the history of the missionaries coming from Boston in 1820, to annexation in 1898 under that bastard McKinley. Captain Cooke is covered a little, since his initial trip to Hawaii in 1778 is what eventually led to the American Board of Commissioners for Foreign Missions (the ABCFM, which gets referenced a lot in the book) sending its missionaries there.

What I found most surprising is how quickly Hawaii changed in 78 years. In 1820, Kamehameha I had just died, leaving his son in charge, who radically changed the system of laws before the missionaries even got there. Then, due to the missionaries, Hawaiian became a written language, and the majority of the country learned to read it. Then they changed from an absolute to a constitutional monarchy. And then the grandchildren of the original missionaries had a coup d’etat and overthrew the monarch, installing themselves as the heads of the new government. These grandchildren, by the way, included Sanford Dole, who I realized partway through the book is probably the pineapple dude. Boo.

New opinions I have garnered from this book: McKinley was a douchebag, Roosevelt was maybe not as wonderful as I have thought, Grover Cleveland was surprisingly cool, mayyybe Hawaii shouldn’t be a state since we pretty much stole it, and Sarah Vowell isn’t always antagonistic towards Christianity (although I learned that in The Wordy Shipmates). She was generally okay about the way the missionaries handled things, or at least appreciative of some of the contributions they made. It was their children and grandchildren who mucked up everything.

McKinley didn’t have the votes to pass a treaty of annexation, so instead, in the month that all the major battles were happening in the Spanish-American War, he had Congress pass a joint resolution to annex Hawaii. As a dude in the book says, “A joint resolution is normally what the Congress of the United States does to say, ‘We recognize this day is Joe Blow Day.’” But that time they decided to use it to annex a nation and its people (and its sugar! its wonderful, wonderful sugar). You suck, McKinley.

Grover Cleveland was awesome, by the way, because after President Harrison put forward the treaty of annexation in the Senate, when Cleveland became president he withdrew it. And after McKinley used his lame, shady tactics to annex it anyway, he said “as I contemplate the means used to complete this outrage, I am ashamed of the whole affair.”

Tangents aside, I learned a lot about Hawaii’s 19th century history in 233 pages, which is pretty good. I developed some interest in it, which is better than no interest at all, and I want to try poi, despite being informed it’s “pretty much just paste.” Good job, Sarah Vowell.