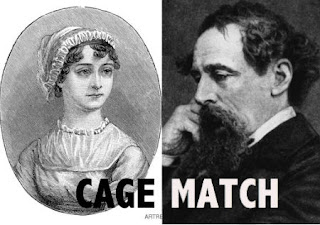 February 06, 2018
24in48, where we try to read for 24 hours out of 48, has come and gone once more. I managed 13 hours, which considering my usual average is 2, is excellent and I will take it. I attribute this to genuine planning this time and a remarkable lack of things to do that weekend. What did I finish! The Witches: Salem, 1692  by Stacy Schiff Captain Phasma  by Kelly Thompson (comic) The Daughter of Time  by Josephine Tey DC Bombshells  Volume 1 (comic) The Punisher: The Complete Collection, Volume 1 (comic) Mars Evacuees  by Sophia McDougall The Good. It was actually all pretty good, so I'm gonna give a quick recap so you can decide if it strikes your fancy or not. The Summaries The Witches: Salem, 1692. This is a breakdown of everything that happened before, during, and after the Salem witch trials of 1692. I loved the beginning because Stacy Schiff gives you a good idea of the awfulness of life in New England in the 17th century, and it also helps you understand ho
6 comments
Read more