In Which We Again Discover That I Have No Focusing Skills 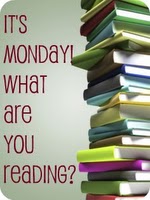 It's Monday! What are you reading is hosted by One Person's Journey Through a World of Books. Each week we spotlight the books we are reading, planning on reading or just finished reading.


The books I was working on on May 2nd have actually significantly changed for this past week, and I didn't finish any of them. They're just on hold. Yeah.


1. The Old Curiosity Shop
Okay, this one didn't change, because I'm supposed to have it done by next Saturday. Hah! I just counted a 14-line sentence. In tiny tiny type. Touché, Dickens. Nah, he's great, but I do understand why people who love, oh, say Hemingway, hate Dickens. His sentences are the least concise you will ever encounter ever. Oh, except for maybe someone like Joyce. So not 'ever,' but they're long, use tons of commas and tend not to get to the point. Kind of like this blog. Ooh, I hope everyone imitates their favorite author's writing style. Unless they like Hemingway, because his style is gross.


2. The Enchanted April
This is an insanely short book, but I MUST KEEP READING DICKENS. And thus I cannot finish it yet. But it's awesome. I can't even explain how it's not super-boring, as the plot is four English women in the 1920s sitting around an Italian castle and looking at flowers. But it's not. It's like experiencing a nice relaxing break while reading it. Then you look up, and oh, you're still in your lame receptionist job and not looking out across the sea in Italy. Boo.


3. Elliot Allagash
This was one of those 'I'm at the library and trying to wait until the checkout line is shorter, so I'm going to browse the popular section until it becomes so' books. It's really short and touted as being hilarious, so all right. Elliot Allagash is a super-rich 13-year-old who keeps getting kicked out of schools. At his newest one, he meets the least popular kid and decides, as an experiment to stave off boredom, to make him the most popular kid. It's by Simon Rich. It seems not bad.


4. The New York Regional Mormon Singles Halloween Dance
I found out about this through Age 30+. It sounded hilarious, which I am for, so I checked it out from the library and it is awesome. I just told my mom the title and she made me order it for her. It's another in the series of humorous essays written by 20somethings that seems so popular right now (thank God, for they are awesome — except for I Was Told There'd Be Cake — that was not awesome).  Elna Baker writes about being a 20something Mormon living in New York City. And she occasionally uses swear words and everything! It is a quality book.


Much like with people reading Dracula and then immediately picking up Frankenstein, upon checking out NYRMSHD (I'm not writing out that whole title again), I also had to get Mennonite in a Little Black Dress. Also, people shouldn't read Frankenstein after Dracula, because the latter is awesome and the former sucks it.
What else? I bought a shoe organizer at Bed Bath and Beyond. It's going to turn my life around.