May 18, 2012
Hokay, so people in the Classics-something group on Goodreads were approached about reviewing two Japanese novels. I looked at them and said I'd review the shorter one, because I am BU-SY watching Modern Family and don't have time for things like long books.
So, I'm not so into the Romantic concept of the pathetic fallacy (surely one of the weirder-named devices). The pathetic fallacy is the "treatment of inanimate objects as if they had human feelings, thought, or sensations" (thank you, Wikipedia). The shorter book I chose, Volcano by Shusaku Endo, kiiiind of does this.
Ok, so there're two guys, one who studied this volcano nearby (Akadake, which is SO much fun to say), and a former priest. And they're old. LIKE THE VOLCANO. And they're dying. LIKE THE VOLCANO. And they were formed by tectonic plates merging. LIKE THE--wait, no.

So the volcano doesn't necessarily have feelings, but it's treated like an extension of these men a lot. Like...a lot. You could say that, or that they relate to it a whole bunch. Did I mention I hate metaphors that hit you over the head? Yeah. So there's that.
There was an interesting part in the intro where the translator talks about Endo and says that Volcano "depicts the sad state of human life when it is devoid of deep love." Which is what first made me think 'Hmmmmm' about the book (in a positive way), but of course that sort of thing put into practice makes for Not the Most Up Novel. But look at how pretty the cover is!
The lives in it are devoid of deep love in that none of the characters have fulfilling relationships with each other. It makes life for them a tedious quest of solitude and sadness. If you can read this sort of thing without feeling like Eeyore, then go to. I mean, some people like Murakami, and he's depressing as hell.
SO. If you like kind of depressing novels with a dose of Catholicism (Endo was Catholic), then LOOK NO FURTHER. Here is the book for you. And there's a volcano in it! Albeit not one of those exciting volcanoes that goes "PHWOOOOOOM!" (I'll bet the people who asked me to review this are really congratulating themselves right now)
It's not so much for me, but what do I know? I'm the kind of person who likes THIS: 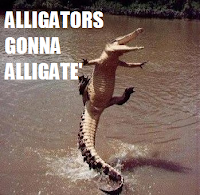 You can check out more info on it HERE, and it's available at fine online retailers that are not Amazon (psst -- don't shop at Amazon).