Let's Do This: The Help Readalong, Week One

November 01, 2011
Okay, people. Halloween's over. It's November. Let's read The Help and jump on this pop culture bandwagon (that apparently the black community isn't too thrilled about, but more on that later). *waves little bandwagon-jumper flag* 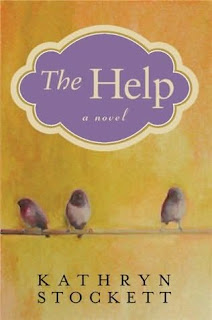 When this first came out, I equated it with The Secret Life of Bees, which I did not read, but I saw the lovely movie version. As it stands, I think I still do this, but now that I have some extra knowledge about it, my brain adds "The Secret Life of Bees, but there're more white people."
The plot elements might be different, but it's still (according to the limited information I have) about a group of wise black women who have A Little Something to Teach The World at Large (aka white people in the '60s). Also the movie posters are both yellow.
I didn't intend this to be a "THE HELP = SECRET LIFE OF BEES" post. Oops. Okay! So! For anyone who wants to do it, we're reading chapters 1 through 9 for next Tuesday. And if those who signed up are all "Screw The Help! I signed up in a moment of weakness!", then I shall post delightful musings on my own while everyone else on the internet sighs and says "We KNOW this already because we read it a YEAR ago."
Those who read it already (or those who haven't, so really everybody), did you have any preconceptions going in? Did you also think it would be The Secret Life of Bees, albeit with more helping and fewer bees? Do you recommend the movie? TELL ME THINGS.